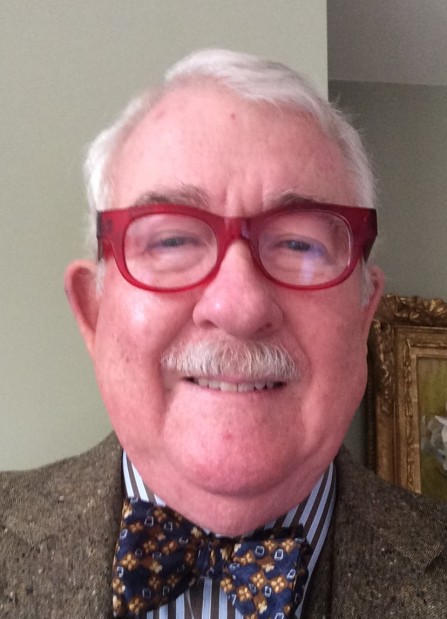 Delta Psi Brother James (Jim) B. Straw, ’68, has been selected for the 2018 Class of Significant Sigs. The Significant Sig Award recognizes alumni who have accomplished outstanding success in their professional or civic activities.  Jim joins 7 other RPI Brothers who were honored previously.  His picture will be added to the Alumni Room at the Pomeroy Chapter House at 58 Pinewoods.

Brother Straw graduated from RPI in 1968 with a Bachelor of Building Sciences and received a Bachelor of Architecture in 1969. Jim received his Master of Science in Urban Design from Columbia University in 1971.  A retired architect, Jim resides in the Philadelphia area.

Jim was the Managing Principal of KSK Architects Planners Historians from 2009 to 2014. From 1997 to 2009 he led the firm’s Preservation Practice. Through several major, and award-winning projects, he developed an expertise in both preservation architecture and the planning and design of cultural facilities. He was Principal-in-Charge of the design of the $110M clay Center for the Arts and Sciences (2003) in Charleston, West Virginia, and the National Award-winning restoration and adaptive reuse of the historic Ridgway Library Building, in Philadelphia, as the Philadelphia High School for Creative and Performing Arts (1997). Jim was also Principal-in-Charge of the National Award-winning restoration and reuse of Memorial Hall, a National Historic Landmark, for the Please Touch Museum (2010) in the Centennial District of Philadelphia.

Brother Straw also took his firm’s preservation and cultural facilities design practice to China in the late 1990s, when he was instrumental, with other firm principals, in setting up a planning and design office in Tianjin, China. His firm assisted in establishing some of China’s first historic preservation ordinances, and undertook planning a design of cultural and entertainment facilities around the country.

His involvement in music started long ago and included a stint as bass guitarist in Oedipus and the Mothers, the Delta Psi house band with which he has returned for many Homecoming performances at Delta Psi. Jim is looking forward to a reunion performance for its next gig. Clearly, Jim still has rhythm.  – Larry Mentz ‘68